Comparison System In Our Children 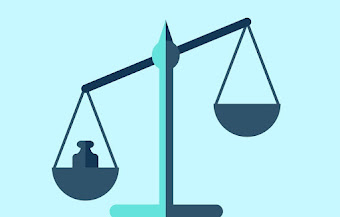 Comparison is the act of comparing two or more people or things. Comparison is a natural activity, which even animals engage in when deciding, for example, which potential food to eat. Humans similarly have always engaged in comparison when hunting or foraging for food. This behavior carries over into activities like shopping for food, clothes, and other items, choosing which job to apply for or which job to take from multiple offers or choosing which applicants to hire for employment. They also tend to compare themselves and their belongings with others,

In adults, this can lead to unhappiness when a person compares things that they have to things they perceived as superior and unobtainable that others have. If we talk about our children, they begin developing the ability to compare themselves to others in elementary school. Instead of observing our child’s individual growth and progress and seeking help if needed, we compare our child to either his siblings or other children and judge him for being different. Why can’t you write faster? Why can’t you be neater? Look at Mr are Mrs son/daughter. He/she studies every day and gets 90 percent and above in all his subjects. We all fall into the comparison trap.

This may cause several adverse effects: If you constantly compare your child to other kids who seem to fare better, he’ll gradually believe that he is inferior to others. If he’s labeled as the “lazier one” or the “one who can never sit still”, he may just quit as he thinks it’s easier to fall into that perceived role, locking him in that behavior. Picture this, your child has done all he can to get a B in his English paper. Instead of praising him for his efforts, you compare him to a child who has gotten an A. This can cause him overwhelming stress and anxiety. Once your child’s self-esteem has taken a hit, he can become shy and be unwilling to connect with others, since he’ll think he has nothing to offer or be proud of. Worse, he may use aggression against his peers, since he’ll harbor negative feelings towards those with whom is he constantly being compared. Your child may withdraw from you because he feels that you’re disappointed with him, and this may cause you both to drift apart.

Be aware. Sometimes, we speak before we think. When we are trying to get our child to do something, the most natural thing in the world is to say, why can’t you be more like your classmate? Be conscious of every time you compare your child to another child. Think about what you’re saying and why you’re saying it. What is the habit that you would like to change? Why does your child find it difficult? Does he lack a skill set to perform the task? By taking the time to think about it, we remain in the observational zone and do not move immediately into the judgmental zone.

Talk to your child about his areas of improvement. Collaborate and make plans to help build and improve upon his skills sets.

If we start early enough, we can lay a strong foundation of self-worth and self-belief for them to fall back on. Keep reinforcing your message to your children. Teach them to take pride in their efforts and not just their achievements. Encourage them to be intrinsically motivated and not rely on external validation. And hopefully, we can raise our children to avoid ‘the comparison trap’.