Google And The Technology 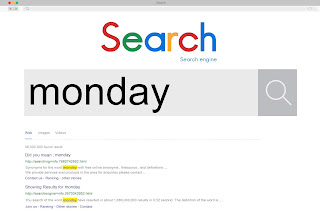 Google And The Technology

Google provides the most commonly used Internet search service in the world. It was founded in 1998 by Larry Page and Sergey Brin. Larry Page and Sergey Brin were both students at Stanford University when they created a search engine that used an algorithm called PageRank to rank websites by counting the number of other websites that are linked to them. Google was formally incorporated as a privately held company on September 4, 1998.

Google has revolutionized the way people not only look for information but also the way they seek to stay up to date on current happenings around the world. It has been a tool in democratizing information by making it accessible to people from all walks of life, irrespective of their economic status or geographic location. Google has been instrumental in improving our lives in many ways. For instance, it provides us with a medium for searching for information on any topic.

Technology as the relation with Google

The technology world has advanced to such a point that we now rely on the internet as the main source of information, and Google as the go-to place to find it. What started as a small search engine has evolved into an all-powerful corporation and a staple of our modern lives. It is awe-inspiring how far Google has come and how quickly it has revolutionized the way we function as a society, and yet we do not stop to consider the ways it has affected our lives for the better. The internet has become an integral part of our daily lives. We have all grown used to its presence, and have made it a part of our existence. It has changed the way we operate, the way we communicate. Google has contributed immensely to the technological advancement of the world and has earned its status as one of the most successful companies in the world. It continues to innovate and provides us with one of the most useful websites ever conceived. For this reason, it has been the most widely used search engine for billions of users worldwide. It has become a major part of our lives and it is impossible to exist without it.