Literature And The Writer 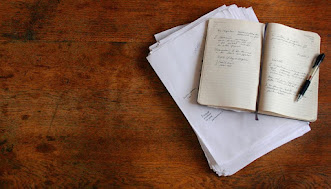 Literature is the interpretation of life. Literature has access to all walks of life. Languages ​​are alive with literature. Literature is the interpreter of human civilization. Literature has played and will continue to play an important role in building societies. Literature has given rise to such movements that have changed the history of man. Literature is not just the name of putting one's mental thoughts and emotions on a page of the paper, nor is it the construction of an imaginary world. Word-scratching is not literature, nor are many sentences literature.
It is obligatory for a writer and a poet to be familiar with these things in terms of art. Otherwise, one may be able to recite poetry and not create a story. It is not right to limit literature to mere art. Such a writer can entertain writers and poets but the people are disgusted with such literature. The creation of such literature for literature is extremely useful but it cannot attract the masses and whatever it does not attract the masses, history has shown that it is sold and bought at a fraction of the price. They make big comments and inhabit a world of ideas where the sun never rises but arrows are shot in the dark. Coincidentally, one and a half arrows hit the right target, but most of the time, most of the arrows hit the right, left, up, and down here and there, hurting the true spirit of literature. Although it is an art in itself, it has its own importance and usefulness. I am not denying that, but it is also true that standard literature has made its journey from generation to generation. Determines an external force or support.

Gaining fame in the world of literature is the real work and not perfection. Perfection happens when a  poet or writer attracts the attention of the people and it is possible for a writer to have a revolutionary mindset. He did not write just for the sake of fun, but he wrote as a thinker and carried a thought. He should not just impose his outdated ideas on the people but should try to give a direction to the thoughts of the people. Wishing others praise, he insists on proving the evil of others as true as the lawyer who sees every one of his clients as pure from error. Such writers and poets are either a little exaggerated. They deviate from their original duty by working from or they become victims of far-reaching fears by thinking that the heart of a false lover and admirer may not be hurt by speaking the truth. If you can, what can you expect from the people?

If you do a comparative study of world literature, it is clear that the writers and poets who are attracted by the masses or who left their mark on every section of the people. One thing these writers and poets have in common is that they have given a place in literature to topics that are deeply relevant to every section of society such as freedom, patriotism, religion, Sufism, politics, science, philosophy, unemployment, etc.

Although these topics have no apparent connection with literature, great poets and writers have written on these topics to confirm that any topic can be covered in literature and literature is not the name of writing on a specific topic. Why is the student of every subject interested in the stories of the English storyteller Shakespeare? Why are the Persian poets Saadi, Rumi, Bedel, etc. still alive after centuries? This is a moment of reflection. This spirit of literature needs to be understood and adopted. Not everyone can become Iqbal or Shakespeare, but every writer can walk with thought, and only thought gives meaning to art.

Just remember that it is very important for a writer to be sensitive and tolerant. Because the hopes of society are associated with him, so he should not waste himself by falling into nonsense. Someone has said, "that a writer is a human being who has the ability of perception as well as the power of his expression".

Literature And The Writer