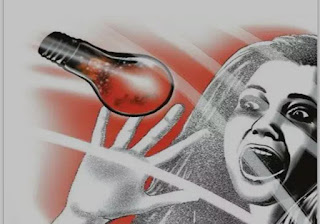 Let's talk openly today. Let's get out of raw ideas and face the truth today. How long will we continue to flaunt hypocrisy and false ego and keep claiming to be the best citizen? But the acid attack confirms that our youth have taken the path of destruction. Now our daughters are not safe. Morally the young generation has fallen in such a way that playing with someone's life seems like a joke. Romance and lust have dominated the heart and mind to such an extent that anyone's honor is enhanced by fasting and even innocent fairies are forced to say yes.
The use of marijuana and other drugs has doubled. The night is quadrupling. The youths who show shame and revelation face severe criticism. All this is happening in front of our eyes and it is not the non-perpetrators but our own youths who are someone's brothers and Someone's son. The limit is that when the son makes a mistake, the parents do not suffer much because they are their son. I think if today my son has molested someone's daughter then tomorrow someone else will molest my daughter. I believe that ten or twenty years ago today, our ancestors and teachers firmly attached spiritual and social values ​​to themselves and those under them, but over the past several decades, science and technology have revolutionized the world. And the United Nations has benefited immensely from it. Sadly, we are an unfortunate nation whose youth have misused this technology to destroy not only themselves but also their religious, social, and family systems.
Hollowed out. However, our film world has made up for the shortfall by imperceptibly creating the wrong character of our young generation and the parents are not aware of this loss at all and neither are our educational institutions performing the duty of moral training. ۔

There is no doubt that the first responsibility belongs to the parents who have become so oblivious to their religious and moral duty that they do not even realize that we have trained a girl who has the glad tidings of heaven on her guardianship. Parents are pretending to be unaware that their young children spend most of the day in the superstitions of mobile phones and the Internet, where first friendship is disguised and then haraam is called love. Young people blackmail each other and the results come to our notice in the newspapers every day. When the water passes over the head, the parents have nothing but remorse. We do not realize that the decline in the lives of nations is not due to lack of money or resources but due to moral degradation. In a society where men deteriorate, the honors of sisters and daughters are auctioned off. That is why in the Qur'an, where the Creator of the universe commanded women to protect their chastity, he commanded the first man to keep his eyes down.

The world of animals is not as misguided as that of human beings in this inhabited world. Although the Kashmir Valley is said to be the abode of Sufis, saints, dervishes, and spiritual elders, the new plant has shattered this spirituality. In the same way that a female can give birth to any child or have sexual relations in the animal world, the same is happening in our society now. The daughter is not safe with the father nor with the brother. What is the heat that is so hot that compassion does not come out of the eyes of the father? There was universality in our civilization but gradually this civilization is getting polluted now.

It is morality that separates man from animals. If there is no morality, then there is no difference between man and animal. Without morals, a group of human beings will be called a herd of animals, not human beings. As long as man's rational power works under his moral attitude, all things go well, and when his sublime passions overpower him, they not only deprive him of the spiritual energy that comes from moral existence, but also of him. They also eventually blunt the intellectual capacity, as a result of which the society takes the form of beasts and the society begins to present the scene of human-like beasts and not of human beings. All this is the result of moral indifference. Man's moral sense informs him of his rights and duties. The real beauty of collective life is born of kindness, selflessness, good deeds, brotherhood, tolerance, and sacrifice.

As long as the moral sense remains in the people, they perform their duties responsibly and cheerfully, and when this sense becomes dead and savage, it makes the whole society dead and savage. As it seems to eat, oppression and disorder become common in society. The existence of animal sense in human beings only knows how to take and not give. Even if it's taking is at the cost of the death of others and unfortunately, this is the situation in our society today where I was born. It is important to keep in mind that youth is another name for strengths, abilities, motivations, aspirations, perseverance, soaring, and ambition. Youth plays an important role in the success and failure, victory and defeat, progress and decline, and rise and fall of any nation and country. Every revolution, be it political or economic, social or national, Our youth is playing and have played a vital role.