TOURISM IN JAMMU AND KASHMIR (UT)

Tourism in the UT has led to the development of the whole service industry including transport, hospitality, camping, retail shops, horticulture, and in the small-scale sectors, but it has remained quite susceptible to even minor changes in the law and order situation in the Union Territory of Jammu and Kashmir. This is evident since the year 2000-01 when international tensions of the border affected the tourist’s traffic in both foreign and domestic sectors in the regions of Ladakh and the Valley, it resulted in a severe economic decline in the whole service industry.

The growth of this Industry for developing incomes and employment has remained an unpredictable feature. Growth in tourist traffic also continues to vary year to year in direct relation to the threat perception. To develop the infrastructure for the visitors, advance planning in each sector of the industry for the opening of new facilities is a must. If this is not kept in our perspective, there can be no planning for the future. However, most of the departments in the Government of J&K are not practicing advance planning. Each region has its own perspective, culture, language, people, attraction, etc. It is very essential to keep this in mind while formulating the policy, plan, etc.

The region of Ladakh is the choice of foreign tourists; Jammu attracts pilgrimage tourists, while the Valley attracts a larger number of domestic tourists and a fair sprinkling of foreign tourists. At the time of writing this article, Ladakh had quite a number of tourists from Israel, Germany, and France while in the Valley, a few tourists mostly from Italy and England were present, and this was all due to pandemics (COVID 19). The Jammu region has foreign tourists only as transit passengers (on their way to the Valley or Ladakh) who are not destined to any tourist spots in the Jammu area; therefore they do require current mention herein. The Consultants had undertaken a survey in which an appreciable number of contacts were made with various stakeholders, tourists, who were related directly or indirectly to the various sub-sectors of tourism. 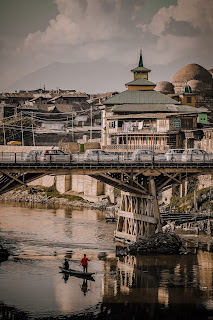 In historical times people moved from one place to another for three good reasons, which are:-

1. The local places where they have lived became difficult to live in.

3. To conquer new territories to add assets to their own Society.

The Mughals under Emperor Jahangir were the first tourists into Kashmir but in this case, it was only a royal visit, which did not lead the subjects to follow suit and create an infrastructure for the hospitality industry.

Rise of Domestic Tourism in Union Territory of Jammu and Kashmir

In spite of the fact that during the period of 1948 and 1950, Kashmir was in newspapers, this area did not interest the people of other parts of the Sub-continent to visit. That is not until Shakti Samant released his film ‘Kashmir Ki Kali’ in 1956, which overnight brought the knowledge of the beautiful landscape scenery and territory to the general population of India, and the rush was on. In 1988 the Valley had been visited by a record number of over 722,000 lakhs tourists. But because of the uncertain law and order situations affecting the state, this ever-increasing tourist traffic dramatically fell to an unbelievingly low of 6600 tourists visiting the valley in the year 1993.

Trends of Tourism in Union Territory of Jammu and Kashmir 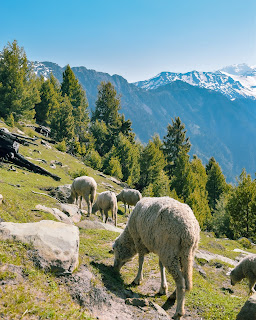 Tourism is one of UT’s major industries. It has played an important role in developing the economy, particularly in the Valley and UT of Ladakh. The industry has given jobs to a very large number of people, particularly the younger generation & has generated economic activities in the primary, secondary and tertiary sectors in the UT, which owes dependence to a large extent to this industry. An attempt, in brief, is being made here to give an idea of the trends noticeable in tourist traffic in UT. A mention has to be made on the lack of availability of data on records for various reasons. Because of this, no data has been mentioned before 1976 for the regions of Jammu & Ladakh.
The first known data available on tourists traffic into the UT goes back to the pre-independent days when in 1945 the UT received 37,297 “non-residents”. Its distribution regarding the destination of the visitors is unknown. The figure is based on the recording of the entry permit of the Non-Kashmiri at the entry point of the UT border posts both on the Pathankot and Sialkot sides. The Partition of the Sub-continent in 1947 and the events of 1948 disturbed the borders of the UT and all its existing data on population and demography.
The first data is only now a matter of academic interest. In the availability of new data in 1951, 10,579 visitors entered the UT of J&K and Ladakh. This figure increases to 24,455 in 1961 and to 184,790 in 1975 which shows nearly an eight-time increase in the arrival of tourists in the UT between firstly 1951, 1961 & a double presence in the subsequent decade Interestingly in 1951 there were only 1,246 foreign visitors and we may presume that within this small number, there would have been a sizable number of representatives from the European forces of the United Nations and not true foreign tourists. There were 2,22,214 foreign visitors in the year 1975, in the post-Indo-Pak war and declaration of the internal emergency in the summer season. This has increased from 1,246 in 1951. But in the context of world interest in tourism, however, this figure is very negligible to any standards.

Present Status of Tourism in  Union Territory of Jammu and Kashmir

The UT of Jammu & Kashmir remained a model place for the development of tourism in the country until 1987. The tourist department of other state governments sought advice from the Jammu & Kashmir government in most matters concerning the up-gradation of tourist facilities in their respective regions. Indeed, the paramount position of Jammu & Kashmir in the sector of tourism promotion and generation was not an empty boast. The state had a level of bed availability to meet the demand of accommodation for visiting tourists which at one time was the sum of the total bed availability level of the remaining states in the country. The manner in which the growth of tourism was measured during the year 1981-1988, including all types of tourists, was unmatched in any part of the country.

Only in the State of Rajasthan do more foreign tourists visit annually, but this is offset by a bigger bulk of visitors who visited the UT of Jammu & Kashmir drawn from various parts of India. Futuristic targets indicate that Srinagar airport itself would soon be enough to handle about 2 million travelers. Suddenly within one year in the period 1989-90, the color of prosperity changed all indexes of the economy in the UT with a sharp southward path as militancy coupled with the migration movement of the non-Muslim population in the state bought an unsettled environment.

By 1991 there was a virtual shut down in the local economy, which led to a distressing effect on the whole State & reached every household. Tourism, which was the mainstay in the economy of J & K, was deeply affected by various circumstances created out of the violence associated with militancy in certain parts of the region. In the period between 1990-97, the UT administration was totally preoccupied with dealing with the various social and economic problems arising out of widespread militancy. The UT administration finally showed the first success in taking control over existing militancy in 1997 and a period of relative calm was noticed. This had an immediate impact on the revival of tourism in the region and particularly in the valley of Kashmir. The figures on tourists visiting UT are incorporated in this report for information.

The revival of tourism particularly in the valley of Kashmir in the years of 1998-99 received a severe setback, at the peak of revival activities, due to the Kargil conflict. The scare created by the Kargil conflict saw the tourists flee out of the valley and brought a halt to the ongoing process of recovery. The situation regarding the influx of tourists into this region, however, received less setback in the regions of Jammu and Ladakh. An increase of influx of tourists year after year is noticeable in Ladakh region in the decade of 1990-2000. In the Jammu region, the total volume of tourists entering the UT again shows impressive figures which also indicate that in spite of an environment, of militancy existing in the valley of Kashmir.