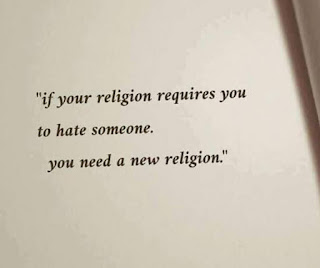 Raqeem Al-Satoor was shocked to read the news that Fab India, a well-known clothing brand, had to remove one of its advertisements simply because the Urdu word was used in it. Tejsui Surya, head of the BJP's youth wing, objected to the ad, saying "Diwali is not a tradition." He termed it as "Abrahamic Karan" of Hindu festivals and said that the company should suffer financial loss as a result of this "crime". A campaign was then launched against Fab India and it was forced to withdraw its advertisement. There was regret, anger, and longing to mourn the mental bankruptcy of the objectors. First of all, the ad was not about Diwali.
The company also explained that the Diwali collection is coming later. Secondly, the spelling of the Urdu word was wrong. It is written as 'Rawaz' while the original word is 'Rawaj' which means tradition. The language used in the advertisement does not suggest that it is a Diwali collection advertisement. However, there is talk of lights in it and the most important and dangerous thing is that the reason for opposing the word Urdu is that it is the language of Muslims. Now tell me where Urdu became the language of Muslims only and how the use of a word in a language reduced the status of a festival. Urdu is the language of Hindus, Muslims, and Christians. The services of Hindus in the promotion of this language are no less than those of Muslims. The objection was that it was an attempt by Abrahamic Karan. The language of Hazrat Ibrahim (as) was not Urdu at all. In fact, Urdu was not even born at that time, so how can it be called Abrahamic Karan. This clearly means that the term was used to incite hatred against Muslims.

The way the issue was raised and called a mockery of the Hindu festival. I am afraid that Muslims may be accused of waging 'poetry jihad' and 'literature jihad'. Because a lot has been written in Urdu literature and poetry not only on Diwali but also on other Hindu festivals. Poems and essays have been written in honor of the great personalities of the Hindu religion. I am also afraid that if the prejudice continues to grow in this way, it should not be said that Iqbal wrote this poem saying, Humiliated. The slogan "Long live the revolution" is used to create heat and enthusiasm in the protest movements and this slogan is used by all. It should not be the case that it should be declared as the slogan of Muslims in the future.

Many sacred books of Hinduism such as Vedas, Puranas, and Gita have been translated into Urdu. It should not be said that the Muslims have adopted the grandsons of the Hindus with the help of these translations. Numerous Urdu poets have written poems on Holi, Diwali, Dussehra, and other festivals. Will those who oppose Urdu be able to ignore it? India is a country of shared civilization and culture. Here the festivals of every religion are celebrated by the followers of every religion together. Can anyone forget Prem Chand's novel 'Eid Gah'? I think Tejsui Syria himself must have read this story. Nazeer Akbarabadi is one of the leading writers of poems on Hindu festivals. He has also written a poem on Diwali.

There was laughter at the celebration of Diwali as a Hindu festival and Urdu as the language of Muslims. Our village has a Muslim majority, Hindus are a minority. But when the time comes for Diwali and the potters of the neighboring villages make small earthenware pots and pans and sell them in the village, Muslim parents also buy utensils and toys for their children so that their children also celebrate Diwali at their doorsteps. To be able to The children build mud houses and light a few lamps in them. Sports are also arranged and children exchange them. On the day of Diwali, people of the Gupta community decorate their shops in the bazaar with sweets and the majority of buyers of these sweets are Muslims. So can the victory of good over evil be confined to a single religion? Similarly, in the month of Ramadan, some Hindus arrange Iftar for Muslims.

Islamophobia Kashmir Muslims And the World