What Should Kashmiri Youth Do 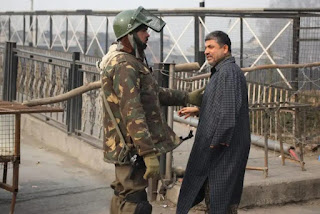 I am writing this article as a young person. I keep hearing that the youth are the pillars of the nation and it is the youth who lead the nation out of darkness and into the light. Provided that they are provided with the opportunities by which they can attain the heights for which Allah has endowed them with the ornaments of strength and vigor. There are many countries in Japan, China, and Europe where young people are not given the opportunity to understand the importance of the opportunity to take advantage of the wonderful experiences that are in one way or another so effective and positive.
Prove to be a source of pride not only for them but also for the country. Such young people live contentedly and provide comfortable and useful goods for others as well. It is as if they are provided with favorable political, social, and economic conditions, which they take advantage of as much as they want and set the course for success. They have no idea of ​​social segregation, no possibility of political chaos, no fear of economic bankruptcy, and no sign of religious fanaticism, all avenues of necessity are open to them. Demonstrates shows gems and does a lot for his country and nation. But, the youth of Kashmir cannot do anything because there is no such thing.

It starts with suffocation in the morning and ends in despair in the evening. Despite having a treasure of power within him, he fails to find it anyway. He is not relieved to see other young people, but he falls into more darkness. Of the few young people here, everyone is deprived of real life. For him, where his existence is a torment, it also becomes a burden for society. There are several reasons for this situation, which will be mentioned in the following lines.

The first reason is political chaos: Since 1947, Kashmir has been mired in a political marshland from which it is still difficult to get out. Yes! It is a fact that many places have geo-strategic. But this does not mean that other countries should invade the region and ruin their past, present, and future. Politics has killed a lot of young people here and those who are alive are by no means alive. Innocent blood flows here every day. From morning till evening the only news is that so many died across the border today. What did this ruler say and what did that ruler answer? What does this politician do and what is he doing. In this polluted atmosphere of politics, every step and every destination of the youth here is proving to be a mirage.

The second is corruption: the whole system here is based on corruption. Everyone is involved in this mess. I myself have seen many times that one has to pay a bribe to do good deeds. It has a direct effect on young people. He wants to earn by his hard work and set an example by spending his youth on good deeds. He wants to irrigate the field with the rivers of power flowing in it, but due to the situation that has been going on for a long time, these rivers are drying up. A young man is cold now. The heat of his blood is now frozen. He sees the incompetents occupying positions they are not qualified for and they cannot reach those positions even in their dreams.

The third is the social system: the youth who earn here are looked upon with respect. Education is not more important than money. An educated young man gets upset at this point because he is overwhelmed by the fact that the real purpose of education is to make money. Philosophers, scholars, sages, and other people who use their intellect are weighed against money. Marriage also belongs to the one who earns it in any way.

Fourth is religion: In our country, religion has become a never-ending battle, rather than a clean life. Islam aims to lead a life in which, despite difficulties, there is always a guarantee of a hopeful future. But there is no such thing here. Many heretics and religious contractors have entangled Islam in sectarian issues to such an extent that most people have now distanced themselves from the religion. Young people are now far away from prayer, far from spreading Islam, far from moral values, ​​and far from piety. Millions of interpretations of religion have taken them away from their original basis. Lacking a purpose in life, the young man is now waiting for natural intervention. All countries of the world, without Muslims, live and die for a system. But the youth of Kashmir, the majority of whom are Muslims, do not find themselves connected to it in any way, despite having a good system.

Fifth is unemployment: in our society, the unemployed have the same life and death. Everything is bought here with money. Home, car, medicine, land, education, Hajj, Zakat, etc. are possible with money. This has had a detrimental effect on the minds of the youth. Wise and modest can do nothing in the absence of money. He is a burden to himself, to his family, and to society as a whole.

If You Have Any Doubts, Please Let Me Know.