Showing posts with the label popularity of crypto currency
Show all

Cryptocurrency kya hai? And why is it so popular? 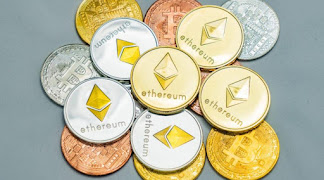 What is Cryptocurrency? Cryptocurrency is a digital currency, sometimes also called Bitcoin. Unlike traditional money, which is controlled and issued by a government or bank, Cryptocurrency has no central authority. Instead, the cryptocurrency network is shared by a community of users, who use complex computer algorithms to process and update transactions. These transactions are recorded in a public ledger, which is also shared by the users on the network.
Post a Comment
Newest Post
More posts